The Great Wisdom Mothers
​THE INNER YOGA ​OF THE MAHAVIDYAS

The Great Wisdom Mother Practice has it's origins in ancient India.  It is the path of Shaktism, a bhakti path, devotion to God as Mother.

Shaktas believe, "the one Truth is sensed in ten different facets; the Divine Mother is adored and approached as ten cosmic personalities," the Dasa-Mahavidya ("ten-Mahavidyas"). The Mahavidyas are considered Tantric in nature, and are usually identified as:

​“The Ten Wisdom Goddesses are originally associated with the myth of restoring the Vedic Teachings.  According to a story in the Shiva Purana (verse50), a demon named Durgama took control of the four Vedas by a book of the Creator, Load Brahma, and through them gained power over the entire universe.

This caused a tremendous drought on earth for many years in which all creatures suffered greatly.  Hence the Gods called upon the Goddess to save the world.  The Goddess, who always responds to the wishes of her devotees, first eliminated the drought and filled all the waters of the Earth.

Then the Gods asked an additional boon to destroy the great demon and reclaim the Vedas.  In her battle with the demon, the Goddess brought ten great forms out of Her body ~ the Dasha Mahavidya ~ and then took the forms of innumerable Goddesses.  She defeated the demon and returned the Vedas to the Gods.

​As the conqueror of Durgama, the Goddess was named Durga.  The Goddess is the Divine Word and the Vedas, who periodically renovates the teaching in order to sustain it in this world bound by time and death.”  Dr David Frawley’s Yoga Tantra 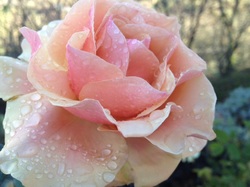 The Mother practice in movement is called Sacred Movement Ritual.  It is a series of ten contemplations embodying the MahaVidyas. The movements or mudras, are expressions of Her wisdom being felt and experienced through the body & consciousness.

Each movement is a spiritual lesson, a doorway leading to the essence of the Divine Mother and the love She wishes to impart.  The inner focus of this practice carries us to the oneness that is found in our heart.

​This practice is done over a 10 month period following the cycles of the moon. 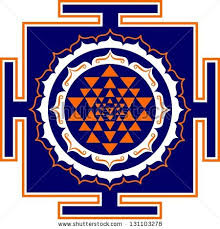